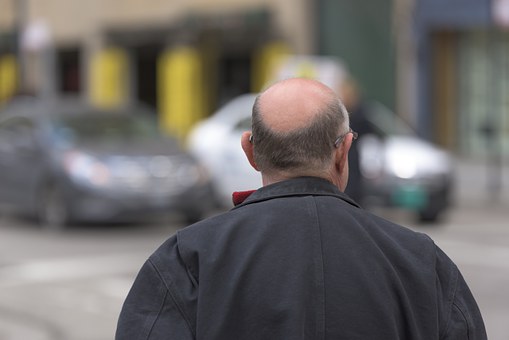 Baldness, which can affect both women and men (although they are much more affected by this problem of hair loss) is often poorly experienced. To see the skull appear where grew a beautiful hair is, indeed, not easy to admit because it participates in the beauty of the face. However, if there was once no cure for this hair loss, there are now many treatments to combat it. Between natural and unnatural treatments, it is not always easy to navigate. We help you by making a little overview!

Everything you have to know about baldness

First of all, what exactly is baldness?
A person has on average between 100,000 and 150,000 hairs and loses, naturally, up to a hundred per day. This is the normal cycle of the shoot and fall of the capillary system. When the fall is much greater and the hair does not grow back, it is a baldness; sometimes even alopecia, that is to say that the hair loss may be added that of the eyebrows and beard. Baldness can result in a total absence of hair on the entire skull. The fall is gradual and occurs most often between 20 and 35 years, but it happens that it occurs much later in some men.

The different forms of baldness

Congenital baldness: it is the rarest of all baldness. This form is caused when the root of the hair is non-existent or there is an anomaly with the constitution of the hair itself. It is therefore an irreparable baldness since the hair follicles have definitely disappeared. Also known as baldness, this form can manifest itself very early and affects both women and men.
Baldness diffuse: this form of baldness is, as its name indicates, distributed over the whole of the hair. It can intervene in a certain regularity or not and is often a sign of a disorder of the body. Causes of diffuse baldness include periods of stress, some treatments (such as radiation or chemotherapy), childbirth, thyroid problems, etc. The factors responsible for this form of baldness are very varied. However, we must identify them as soon as possible to be able to deal with the problem. 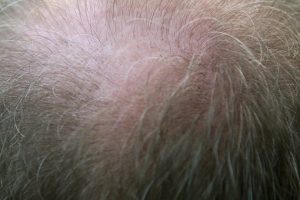 What are treatments against baldness ?

For diffuse baldness, different solutions are possible and are defined according to the cause of baldness. If it is caused by taking a medicine, then you just have to stop taking it. Often caused by stress, she can fight herself by avoiding any source of stress and by promoting relaxation exercises. A deficiency of iron and zinc can also cause this form of baldness, it is then necessary to review its diet and eat foods containing iron and zinc. Other treatments against diffuse baldness include Minoxidil, which must be applied to the scalp twice daily. This treatment helps stop baldness and regrow the hair.

There is also treatment with PRP (Plasma Rich in Plaques), which uses the active growth factors contained in the platelet-rich plasma. These are injections that are performed in a clinic and under local anesthesia.
Finally, treatment with LLT (Low Intensity Laser Therapy) is also used. The laser is applied to the most affected areas to improve the quality of the hair follicle and promote the regrowth of the hair.
Against andro-genetic baldness, the treatment most often used for men is finasteride. This is a general treatment that is taken orally, at a rate of 1 mg per day. A local application of Minoxidil is often recommended for men and women. It may be added to treatment with finasteride. If baldness persists despite everything, then we must consider the hair transplant.
Finally, to fight against circumscribed baldness, intralesional injections of corticosteroids are often put in place. Since the capillary root is not permanently destroyed, this treatment can have very good results. General treatment may also be advised, such as immunosuppressants. The latter participate in the activation of dormant hair follicles.